Peach Bowl Breakdown and Looking Ahead

The Bearcats fell short in the Peach Bowl.  What does 2021 entail for the Bearcats?

First things first, I’d like to thank the entire Bearcats roster, the coaching staff, the medical staff, the media team, recruiting staff and the video team for everything they’ve sacrificed to make this season happen.  For anyone that I forgot, please know that this Bearcats team was a bright spot in a pretty rough year.  While it didn’t end the way we all hoped, the journey was amazing and each and everyone of you helped make that happen.  A huge thank you from everyone here at Republic of Cincinnati.

I’d also like to (begrudgingly) congratulate the Georgia Bulldogs on their victory in the 2021 Peach Bowl.  I will have 9 more Malort shot reminders that the Bulldogs prevailed on January 1st to defeat the Bearcats 24-21.  The Bearcats gave the Bulldogs all they could handle for about 57 minutes, but the depth of the Bulldogs and a couple of clock management type mistakes let the Bulldogs march down the field and kick a FG with 0:03 on the clock to go up 22-21 and a safety to close out the game sent the Bearcats home empty handed, 24-21.

The Bearcats surged out in front in the first half, going into halftime with a 14-10 victory and it was a 79 yard TD Rush by Jerome Ford that gave the Bearcats faithful some confidence to go up 21-10.  Ford showed he still has that SEC speed that had him playing for the University of Alabama in 2019.

The Bearcats held the Georgia running game to 45 yards and 1 touchdown, but QB JT Daniels threw for 392 yards and a TD on a defensive backfield without the Bearcats All American Secondary of Sauce Gardner who was a gameday scratch with back spasms and James Wiggins who went down against Tulsa.  Senior Cornerback (more on him to come) Coby “Red Mamba” Bryant had a huge interception at the end of the 1st quarter to prevent a Georgia TD. 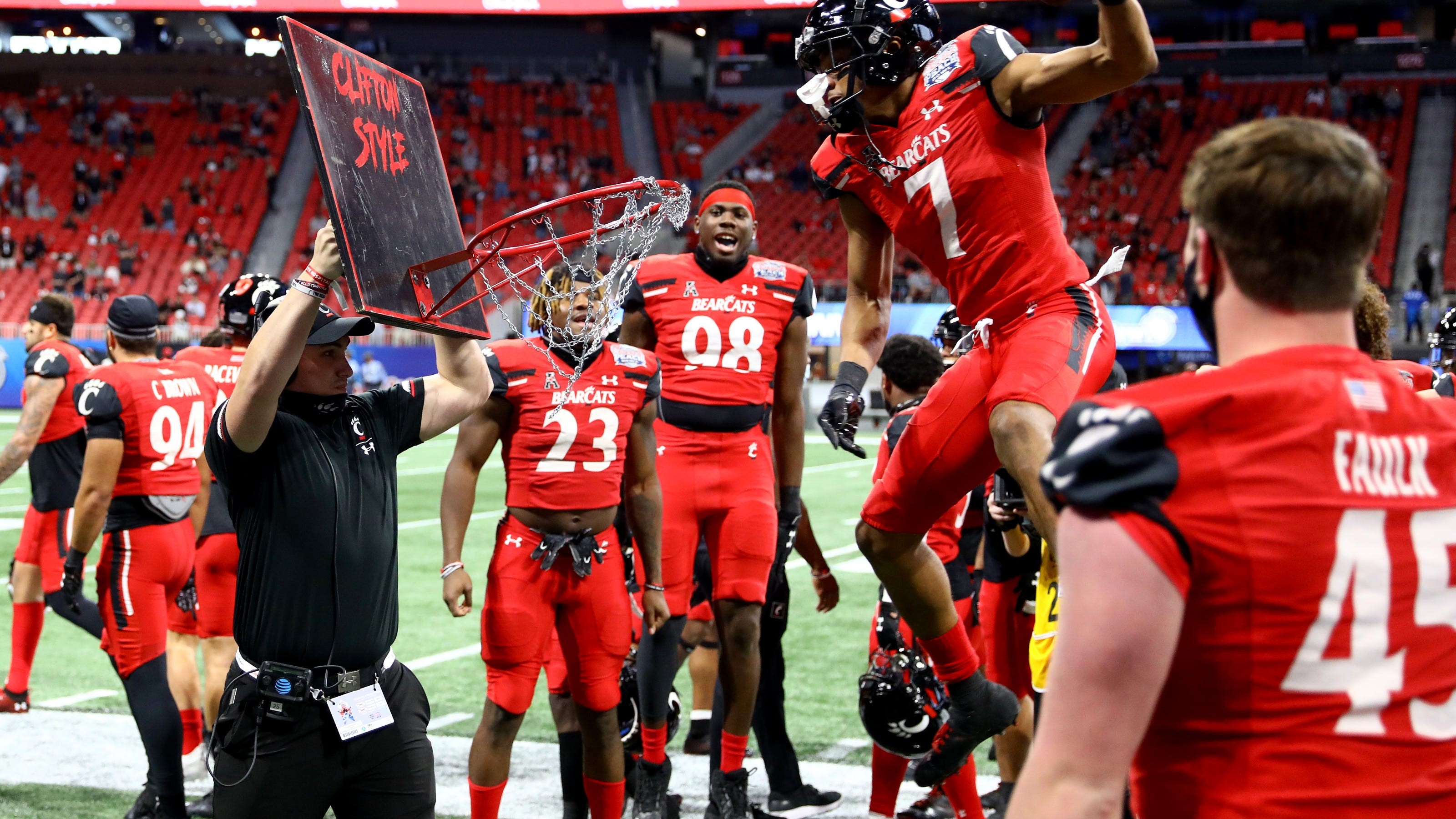 Overall, the Bearcats played really well against a very talented Georgia team.  Georgia has featured a top 3 recruiting class over the past 5 seasons and ultimately the Bearcats couldn’t keep up.  It stung at the time, but if you would have told me that the Bearcats lost by 3 to Georgia without 2 All Americans, their starting RB, and two offensive linemen in the second half, I’d be tickled to death.  Georgia is a great team and the Bearcats were close, but no cigar.

People have been asking, what’s next for Cincinnati?  The next couple of weeks are going to be big for the Bearcats from a personnel standpoint.  Defensive Coordinator Marcus Freeman is one of the hottest names on the coaching market and he might make a move to take on a bigger challenge.  Rumors are swirling about him interviewing for a role at LSU, Texas, or Notre Dame.  I’m hopeful Marcus will return for one more season as the Bearcats DC.  One thing that jumps out, Head Coach Luke Fickell doesn’t appear to be going anywhere after this season.  He’ll enter his 5th year in Clifton with a 35-14 record for the Bearcats. 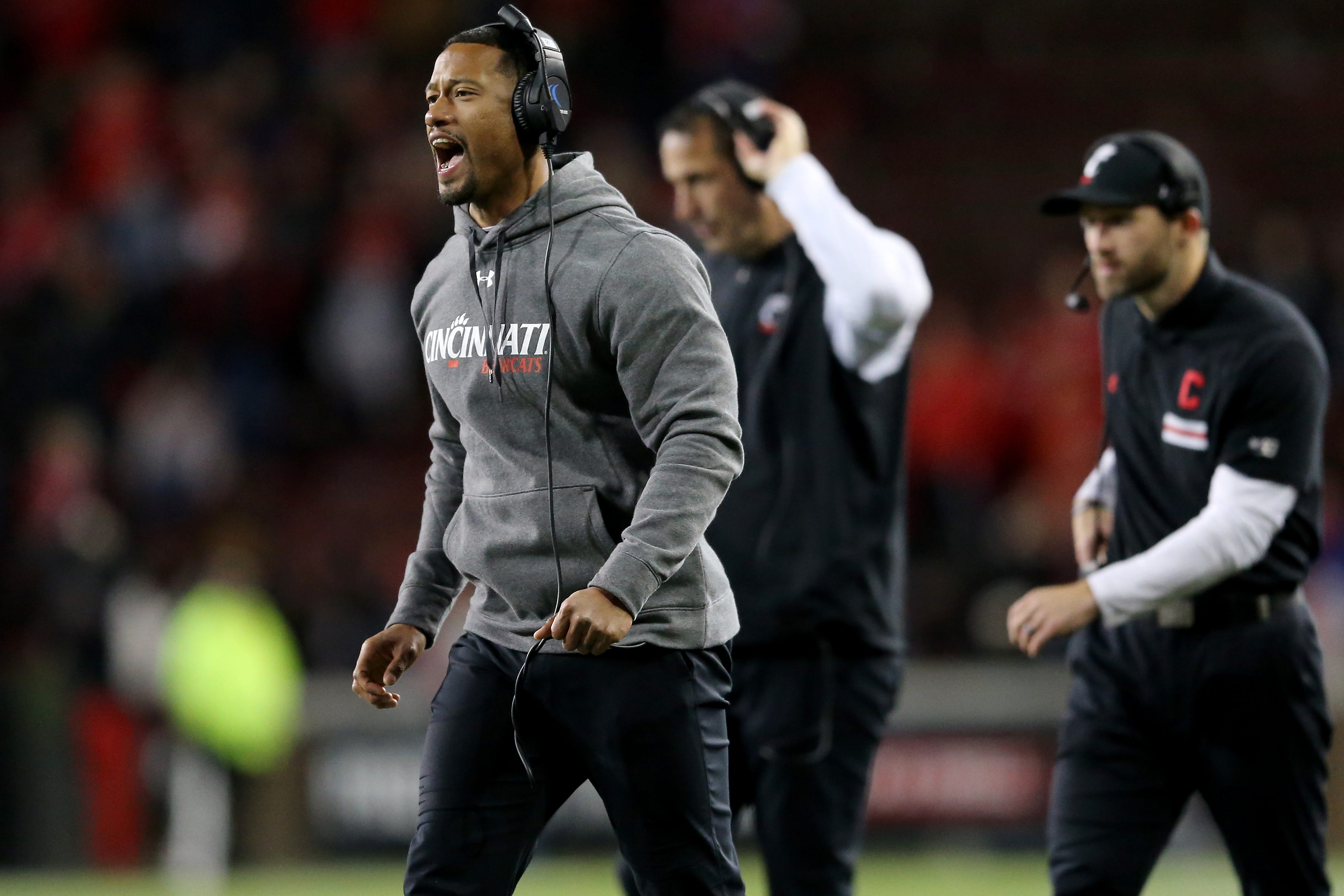 The NCAA has given everyone a free year of play this year, so some of our senior players have declared their intent to return for the Bearcats next season: WR Jordan Jones and CB Coby Bryant have decided to return for an extra year, as of the writing of this article.  Potentially, there could be a few more who decide to spend an extra year in Clifton.

There are several draft eligible Juniors who are rumored to possibly leave: QB Desmond Ridder, LT James Hudson, and DE Myjai Sanders.  It’s crazy to think Ridder, who so many had written off in October would come back and have the type of year that might allow him to get drafted early.  Hudson is the most likely to leave, even though he only played 11 games at UC.  Myjai Sanders has the build of an NFL Edge Rusher, but one more year of tape might move him up to an early pick.  While you hate to see players leave after 3 years, it’s a good problem to have and one that Cincinnati hasn’t had to deal with until last season, when Michael Warren declared a year early.  These are all going to be factors in the Bearcats success next season.

The Bearcats have an awesome schedule set up next season, with some big road games and an opportunity to shake up the College Football Playoff.  They open the season at home against the Redhawks on 9/4 and another home match against the Murray State Racers on 9/11.  They then travel to Bloomington Indiana on 9/18 to play the Hoosiers and finish their non-conference schedule with a road match-up in South Bend against the Fighting Irish on 10/2.  The Bearcats will host the SMU Mustangs, UCF Knights, Temple Owls, and Tulsa Golden Hurricane.  They’ll travel to the Naval Academy, East Carolina, Tulane (Bourbon Street anyone?), and Tampa to play the USF Bulls.  If the Bearcats have another season like this, it’s going to be hard to keep them out of the playoff discussion.

Over the next few weeks, I plan to write an article about the incoming 2021 Bearcats class, a breakdown of the roster after everything gets sorted out, and an overview of the upcoming 2021 season.

Thank all of you who have read this season!