November 5, 2020December 9, 2020 Joe Barnett
Your 2020 Cincinnati Bearcats are now 5-0 and the #6 team in the country.  The Memphis Tigers came into Nippert Stadium absolutely clueless and got shellacked 49-10 on a sunny Saturday at Nippert Stadium.  Things are looking toward having a special season and starting the New Year off right in a major bowl game or even… the College Football Playoff.
I Saw a Tiger 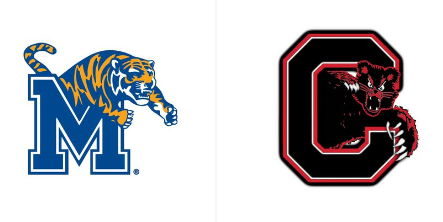 (Credit to Twitter User Captain_Cincy)
Memphis went into halftime down 21-10 at Nippert, having scored on a flukey 92 yard TD screen pass and FG late in the 2nd quarter.  Desmond Ridder had another great first half of football, throwing for 2 TD passes, to Alec Pierce and Notre Dame transfer Michael Young Jr and running one in 13 yards for a TD.  He didn’t stop there, throwing another TD pass to Tre Tucker and running another one in to go 21/26 for 271 yards, 3 TDs, 1 Interception and rushed 10 times for 41 yards and 2 TDs.  Another outstanding performance for a guy who was looking at having some time on the bench just a few weeks ago. 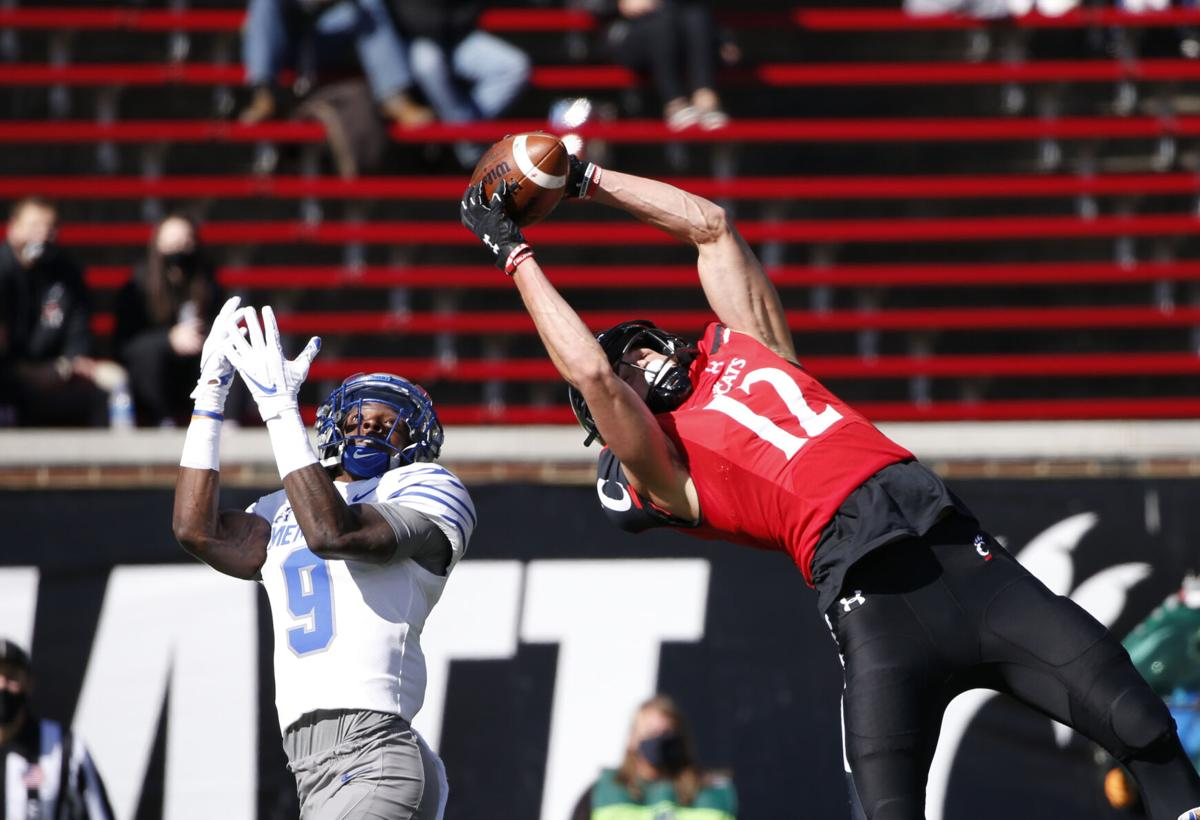 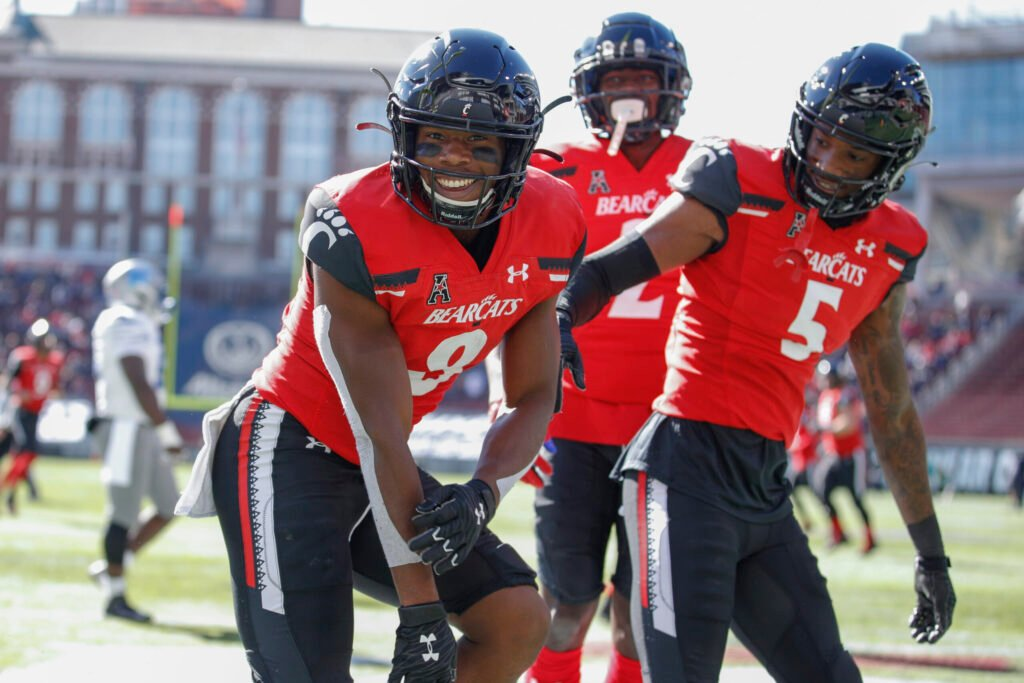 Backup RB Jerome Ford escaped the Tigers for 116 yards and 2 TDs mostly in the 4th quarter to put the game on ice. 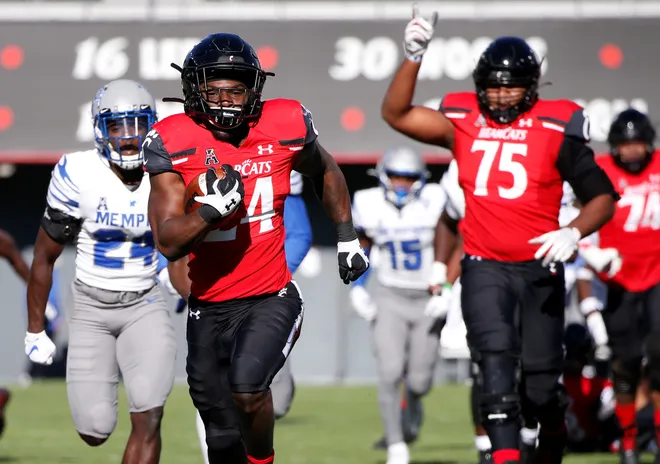 UC’s defense is again the star of the show, holding Memphis Doctoral Candidate Brady White to 18/35 for 316 yards and 1 TD pass.  UC’s rushing defense allowed 5… that’s right 5 total rushing yards to the Memphis Tigers for an absolutely dominating performance.  They didn’t allow a point in the second half. 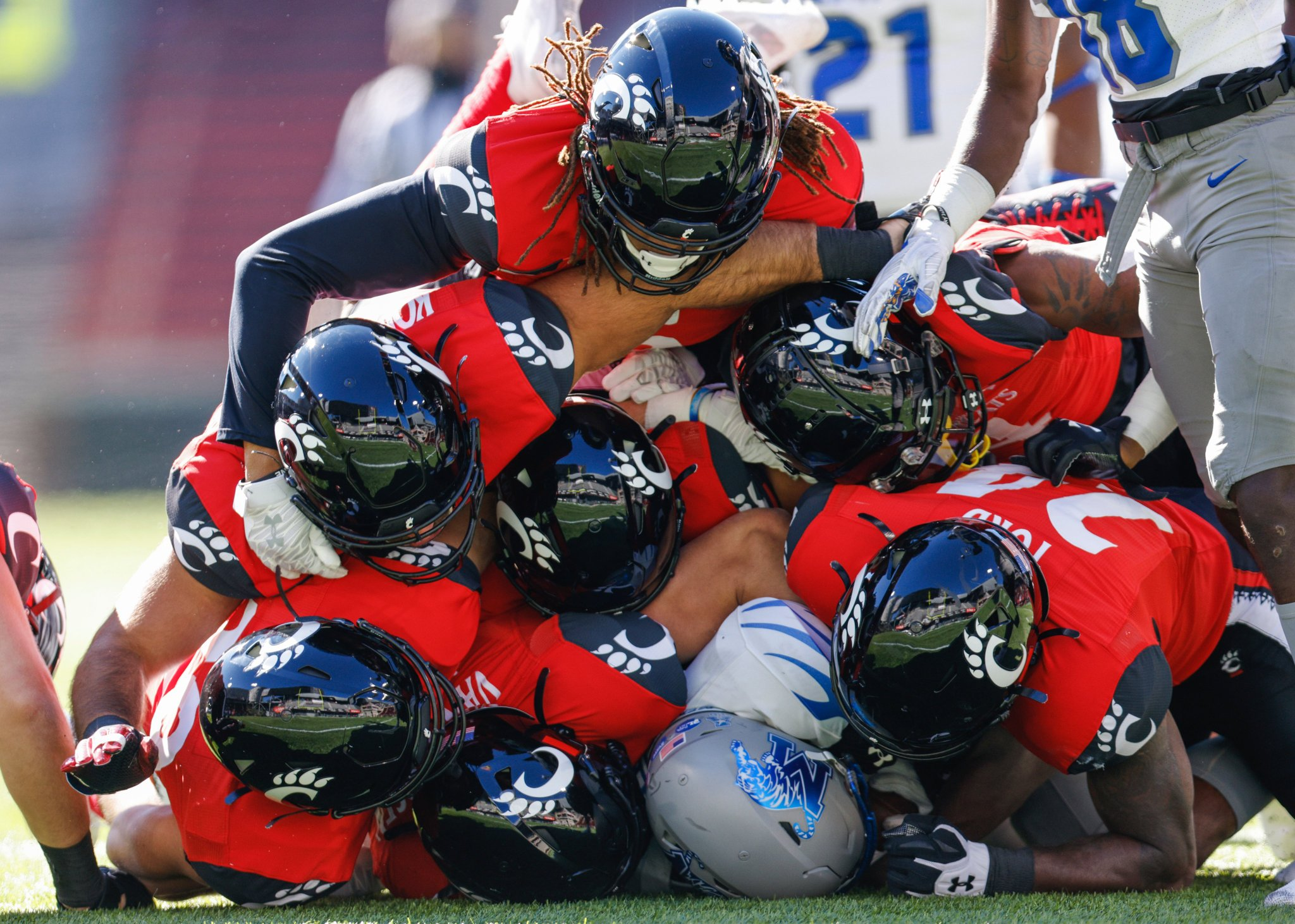 DE Myjai Sanders had a big day getting 6 tackles, 1.5 sacks, 2.5 tackles for loss, and banging a sweet Thriller dance after his last sack of the day.

There’s a Goddamn Cougar in the Car
The University of Houston Cougars come into Nippert Stadium this week 2-2.  They’ve had 4 games postponed or cancelled due to Covid, so hopefully they can keep their dirty little paws to themselves leading up to this week’s game.
Last year, the Bearcats went to Houston and beat the Cougars 38-23.  UC led the entire game, but the Cougars threatened late in the fourth quarter, with the Cougars scoring to make it a 28-23 game, but the Bearcats wore the clock down in the fourth, kicked a field goal to make it 31-23 and former Bearcat LB Perry Young had a pick 6 to seal the victory. 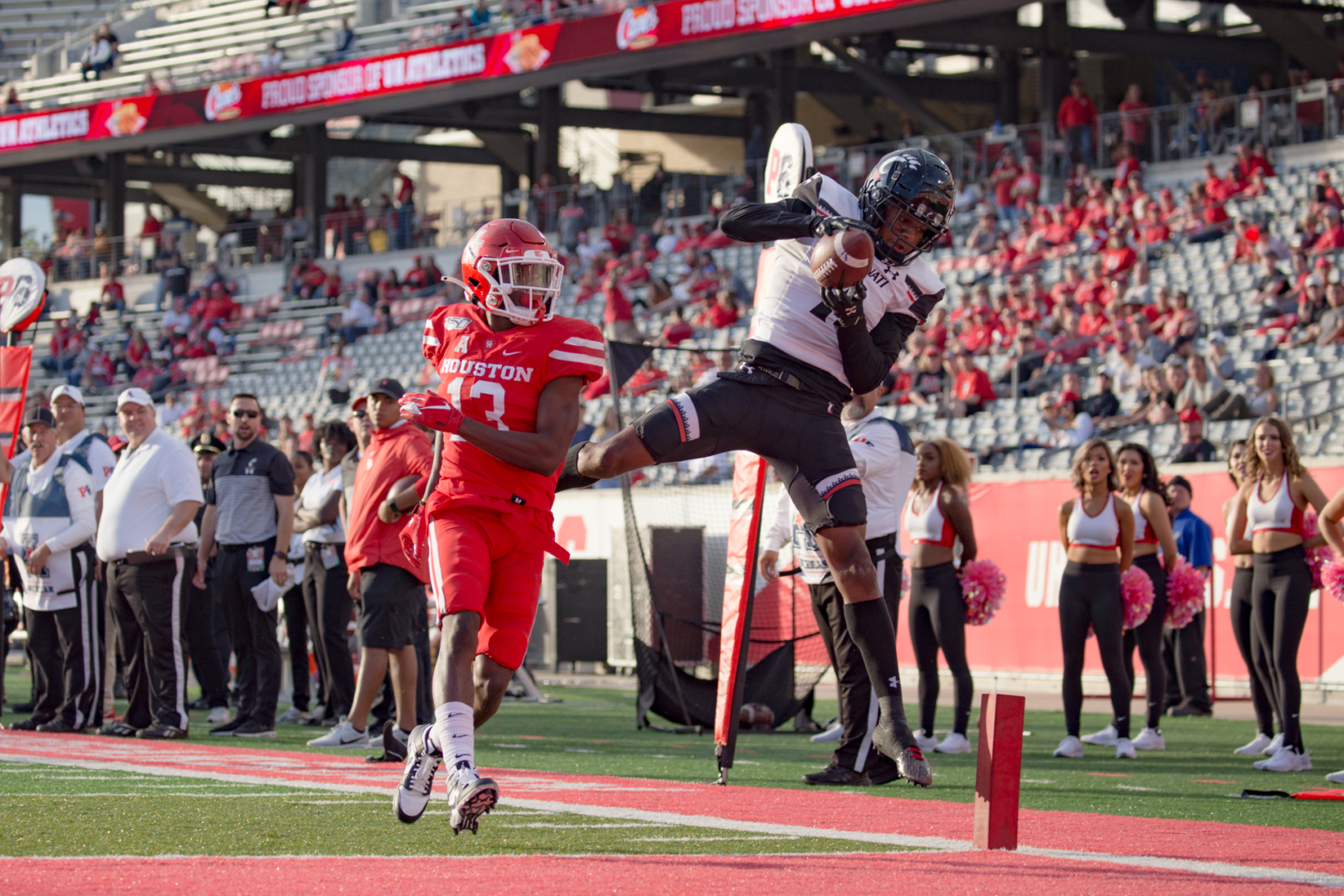 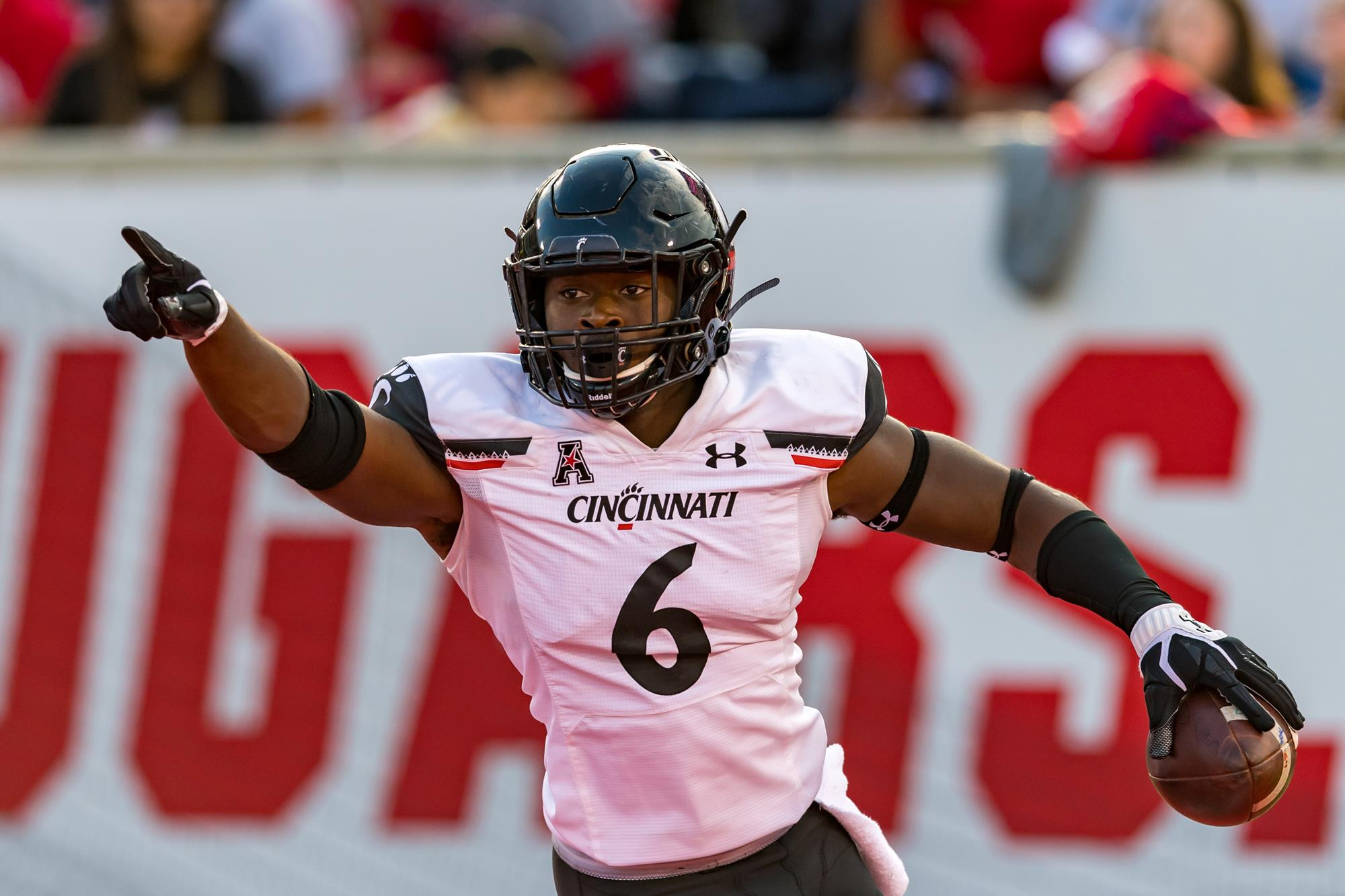 Cougar QB Clayton Tune struggled against the Bearcats last year going 9/27 for 184 yards, 2 TDs and 3 interceptions.  He’s struggled with interceptions this year as well, throwing 8 through 4 games.  Houston’s offense can score points, but has struggled against a solid BYU defense and a middle of the pack UCF team.  It’ll be another test for the Bearcats defense, but I am sure they are up to the task.
Houston’s defense is nearly as bad as Memphis’ giving up an average of 34.8 points a game.  Their losses are to fellow Cougars BYU and to UCF.  Houston’s rushing defense is worse than Memphis, so I look for another similar game plan, have Des make some high percentage throws early, wear them down physically and stomp on their neck in the 4th Quarter.  The Bearcats are 13 point favorites and I expect that to hold true.  I’m going with a 45-13 victory for our hometown team.
Next Level Bearcats
As you could imagine UC’s Athletic Department is stretched a little thin this year.  President Pinto has effectively banned fans from the stands this season, so the Athletic Department is getting creative and offering $10 virtual sell out tickets.  For each ticket you get a commemorative print, a phone background (oh boy), and the chance to win prizes like Club Seats or Pre Game Passes.  If anyone is feeling froggy, you can buy out a whole section for $7500 and have chances to win UC vs. Notre Dame tickets for 2021!  If you have a little extra walking around money, buy a couple of tickets to support the AD, they worked hard to get a privately funded extension for Luke Fickell and support all of the Covid testing to get our teams on the field.