November 11, 2020December 9, 2020 Joe Barnett
In memory of Alex Trebek: Which NCAA Division I Football Team won by 28 points and fell from #6 to #7 in this week’s AP Poll?  If you answered the Cincinnati Bearcats, you would be right.
Good news, the Bearcats control their own destiny and they need to continue to win to get, at worst, a New Years 6 Bowl Game.  This week the Bearcats host the ECU Pirates in their last scheduled game at Nippert Stadium for the year.  This week’s game is at 7:30 PM on FRIDAY on ESPN2.  The Bearcats finish the season with 3 on the road before a hopeful trip to the AAC Championship game on 12/19.  Bearcats win out, and they’ll see the turf at Nippert one more time this season.
Domesticating the Cougars

(Credit to Twitter user Captain_Cincy)
Another week and another outstanding performance by the Bearcats defense.  The Bearcats raced out to 14-0 lead behind a Gerrid Doaks and Desmond Ridder pair of TD rushes.  Houston answered the call with a 3 yard TD run to make the score 14-7.  Desmond Ridder got the team down the field again to score with 1:40 left to bring the score up to 21-7. Houston raced down the field to kick a 28 yard field goal to make it a 21-10 game going into half with 0:38 on the clock.  The Bearcats didn’t like that, so WR Tre Tucker ran the kickoff back 55 yards to give the Bearcats time to possibly kick a field goal, but instead LaSalle HS TE Josh Whyle caught a toe tapping catch to make it a 28-10 game going into half time. 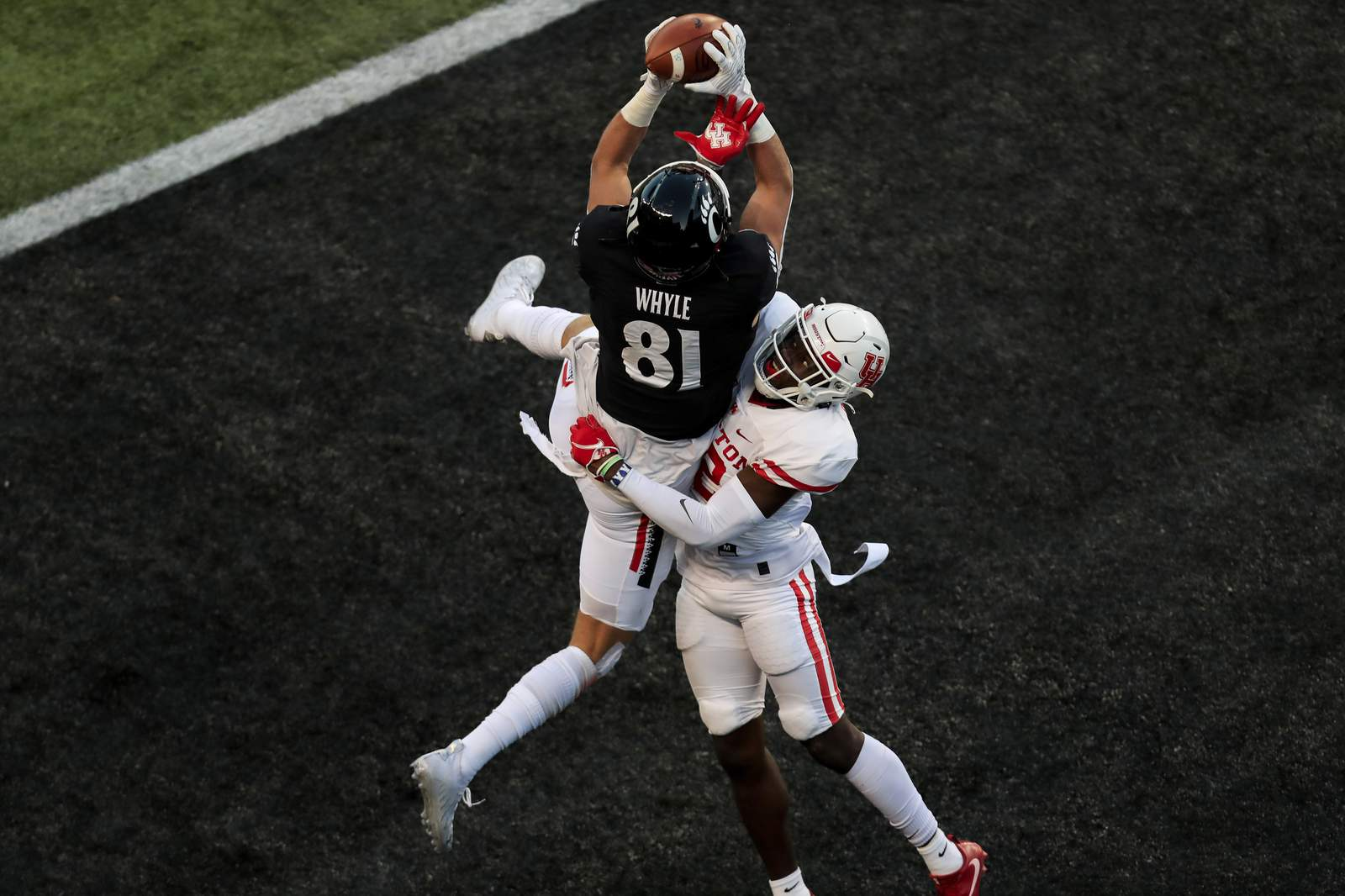 The Bearcats wouldn’t give up another score and the Bearcats piled on 10 more to make it a 38-10 victory over the Cougars. Kicker Cole Smith attempted and made his second field goal of the season.  UC had another outstanding defensive performance holding Houston to 282 yards and forcing two turnovers by the Cougars offense.  The 4th Quarter featured heavy playing time for the Bearcats reserves. 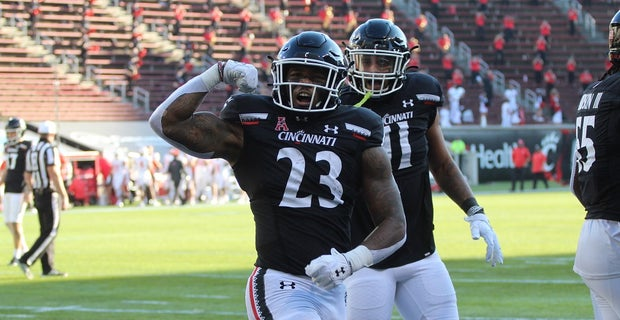 What’s a Pirate’s Favorite Pattern?
This week the ECU Pirates sail into Nippert Stadium on a Friday night Senior Night for the ‘Cats.  Last season’s game in Greeneville was a shootout with Bearcats grad Sam Crosa nailing a 32 yard FG as time expired to march out of Dowdy-Ficklen Stadium with a 46-43 victory.  The Bearcats erased a 40-28 4th quarter defecit to avoid an upset on the road.  The Pirates return two superstars from that game, QB Holton Ahlers passed for 535 yards and 4 TDs while true freshman WR C.J. Johnson had 12 catches for 283 yards and a TD.  The Pirates defense couldn’t stop Michael Warren, who had 141 yards and 3 TDs nor could they stop the wheels of Desmond “Dale” Ridder who rushed for another 121 more.  The postgame gave us some pretty good celebration videos. 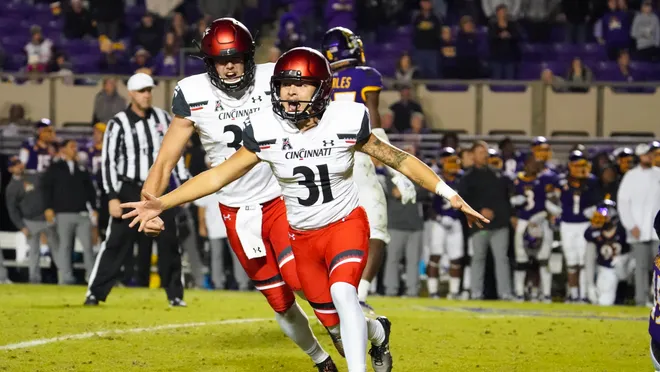 ECU is going to hope to replicate the same magic that worked on the Bearcats last season, as they come to Nippert 1-5 with their only win against the USF Bulls.  Holton Ahlers has been solid this year, throwing for 1354 yards, 12 TDs, and 5 Interceptions, but C.J. Johnson currently has 13 catches for 286 yards, I don’t expect him to have the kind of performance he had last year with this Bearcats defense.
Another week and another bad defense will attempt to hold the Bearcats offense back.  The Pirates allow 217 yards per game on the Ground, which is worse than every opponent the Bearcats have played this season, I look for the Bearcats to absolutely gash the Pirates, the spread right now is 25 points, I wouldn’t take that bet, but the Bearcats cruise to a 45-10 victory.  Then looms the season’s most anticipated match-up a 3:30 PM kickoff against the UCF Knights.

This year’s Senior Night is a bit more bittersweet than usual, as this was Head Coach Luke Fickell’s first recruiting class to graduate.  Michael Warren is the only player in the first class who left early and is currently on the Carolina Panthers Practice Squad.  This year’s class includes players from 3 different countries and 8 states.
James Wiggins, Coby Bryant, Darrian Beavers, and James Smith have a pretty high chance of being in the NFL next season.  The three defensive tackles Brooks, Brown, and Ponder as well as safety Darrick Forest also could make a pretty good stab at the NFL as well.  A big round of applause as these seniors have gone 32-13 under Fickell and 28-5 since 2018.

The Virtual Sell Out is still going on if you want to donate to the AD, you can get 1 ticket for $10 and have a chance to win some cool things for next season, like seats in the Suites.
Our game against UCF on 11/21 has been announced for 3:30 PM on either ESPN or ABC.
Our only TBD for gametime is Temple on 11/28.
They have moved our previously postponed game against Tulsa from 12/5 to 12/4 at 9 PM (ew) on ESPN.
Juncta Juvant!