One of the most anticipated games of the 2022 Season is here, and it’s the first game for the Razorbacks and Bearcats. One of 3 Top 25 Match-Ups on the schedule this weekend, the Bearcats travel to Fayetteville to take on Sam Pittman and his Arkansas Razorbacks. Does dual threat running back KJ Jefferson lead the Hogs to a victory? Who takes the first snap for the Bearcats? Time to break down this highly anticipated game to kick off the season. The winner likely finds their way into the Top 15 in the country with a victory. The Razorbacks and Bearcats have never met on the Grid Iron, do the Bearcats take a 1-0 lead in the series? 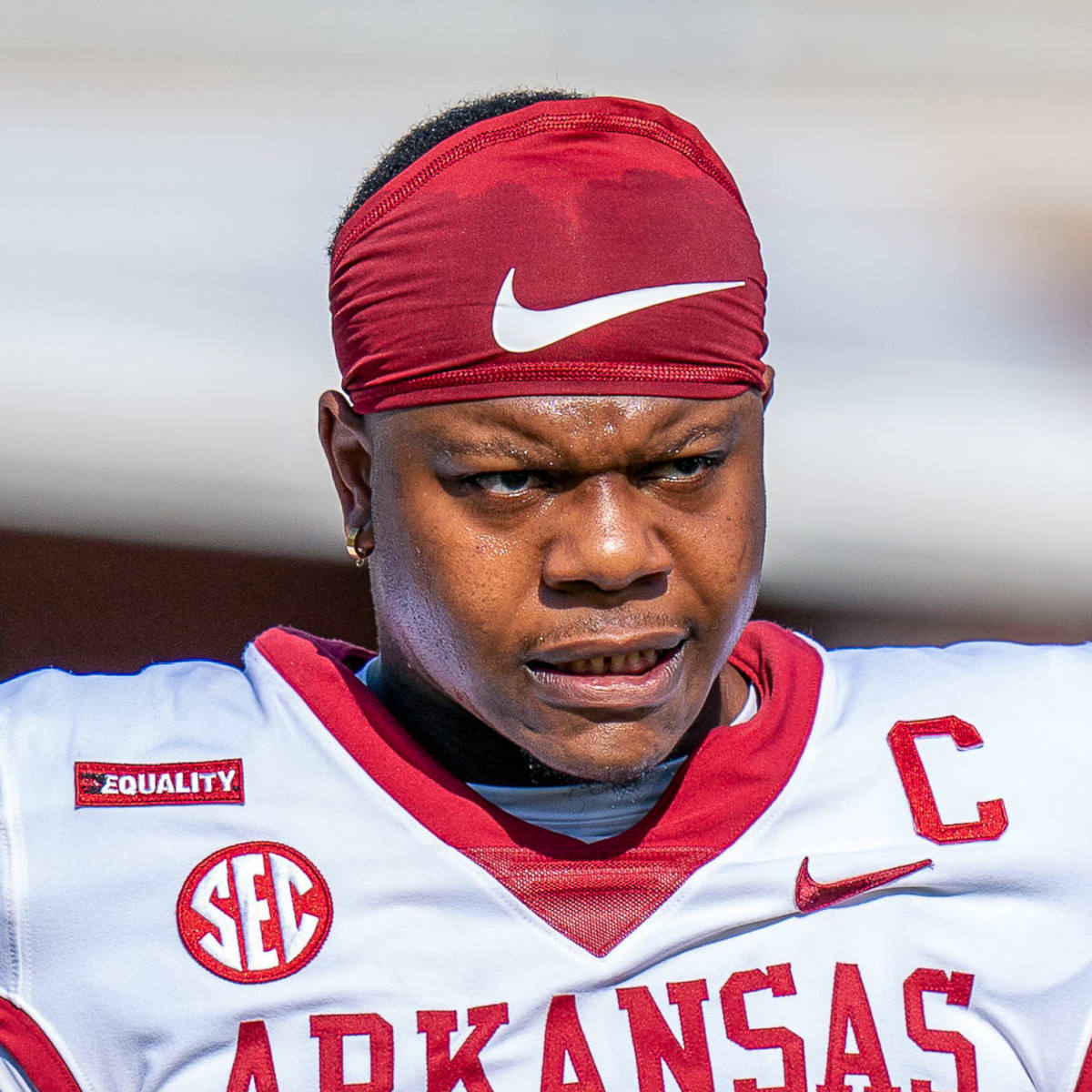 Arkansas lost an elite WR in Treylon Burks to the NFL, the WR had 1104 receiving yards and 11 TDs as a Junior last season and has moved on to the Tennessee Titans.  It would be foolish to think that Burks wasn’t a huge part of the success that Jefferson had last season.  In fact, the next leading receiver was fellow Senior Tyson Morris, with 337 yards.  The Razorback leading returning receiver from last season is Senior Warren Thompson, with 304 yards and 2 TDs.  Arkansas went out and got some talent via the transfer portal, Oklahoma transfer Jadon Hasselwood brings 399 receiving yards and 6 TDs and former Toledo Rocket and Georgia Bulldog Matt Landers brings 514 yards and 5 TDs from last season to the Razorbacks.
For as many unknowns that the Bearcats have on defense, Arkansas has just as many on offense.  They return 4 of their 5 starters on their offensive line, with one of their offensive tackles on the injury list before this game.

Arkansas runs a very similar offense to UC’s the past few seasons (and a very similar defense, but more on that in a bit) with a lot Run Pass Options to try and free up their wide receivers.  It’s going to be a big test for the Blackcats defense who really struggled with the run last year.  Defensive Coordinator Mike Tressel has some new toys in his front 6 to play with in Miami (OH) transfer Ivan Pace Jr. and Sophomore juggernaut Dontay Corleone.  Look for the Bearcats defense to look a little different this season, with some more 4 lineman looks than the past few years.  Pace Jr. is a human wrecking ball and should help shore up the run defense.  The secondary only returns Arquon Bush and Ja’Von Hicks, but has a stock of talent that’s been hungrily waiting, such as Taj Ward and Ja’quan Shepherd, but how long can Shepherd hold off true freshman Sauce Gardner clone JQ Hardaway?  Bryon Threats looks to fill in the hard hitting safety spot voided by Bryan Cook as he’s moved onto the NFL.

The Razorback defense returns All Name Team candidate Bumper Pool, a linebacker who led the Razorbacks in tackles last season with 125 tackles as well as Pre Season All American Jalen Catalon, a safety, who looks to be an early NFL Draft pick in 2023.  Behind that, arises a lot of questions.  The Razorbacks didn’t generate a lot of pressure on the QB last season and lost their #1 sack artist in Tre Williams (6) to graduation.  Their defensive front, similar to the Bearcats in a 3-3-5 alignment, has added a lot of depth via the transfer portal, but it’s unproven.  Aside from Bumper Pool, the linebackers also don’t have a lot of experience.

Behind Pool, the Razorbacks next leading tackler Junior Myles Slusher, a DB, had 50 tackles.  Their defense didn’t stand out much last season, allowing 154 rushing yards per game, good for 67th in the country.  Their pass defense was better, only allowing 213.8 yards per game, good for 41st in the country.  Their scoring defense was #39 overall, allowing 22.9 points per game.  The Offensive Bearcats should have a very similar gameplan to Arkansas, establish the run early, force the Razorbacks to stuff the box with more defenders, which will open up mismatches for our Tight Ends, Josh Whyle and Leonard Taylor to go over the top for some big plays.  If the Bearcats can take Catalon out of the game, similar to the way they nullified Kyle Hamilton from Notre Dame last season, they should have some success in the passing game with Tre Tucker, Jadon Thompson, and Tyler Scott.  The Razorbacks defense didn’t generate a lot of sacks or turnovers last season, if the Bearcats can take care of the football and take care of Bryant/Prater, this game gets out of hand.

Overall, these teams are built very similar.  Arkansas Head Coach Sam Pittman, a former Bearcats Offensive Line Coach in 1996, is building a team similar to Fickell, strong in the trenches.  I look for this game to be fairly low scoring and quick.  Both teams are going to run the ball until they no longer have success.  Arkansas has the advantage of an experienced QB with speed to get himself out of trouble, keeping him in the pocket and forcing him into a mistake can go a long way for the Cats.  The Bearcats have a pool of RBs 4 deep that we can use to really wear them down.  This game is going to come down to which team has more success on the offensive line, will walk on Joe Huber be up to the task in his first college start?   Pittman dropped a great quote in his weekly press conference this week, when asked about Cincinnati’s QB Situation.  “I wonder if Luke Fickell is an iced tea guy, or a liquor guy, I guess we’ll find out this Saturday.” I think the Bearcats bust out the liquor in Fayetteville. 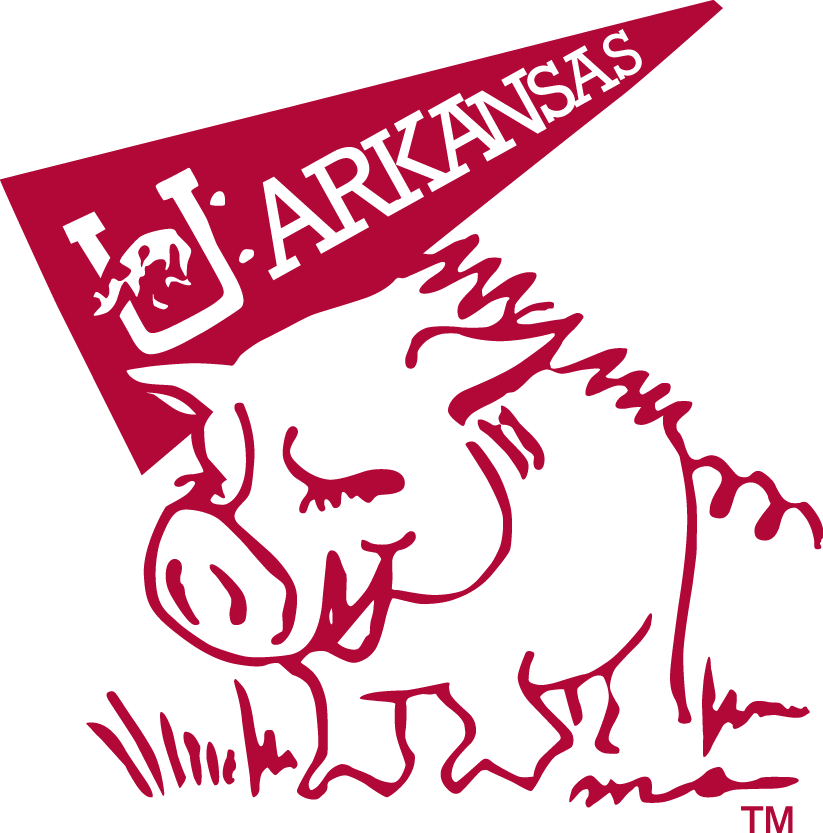